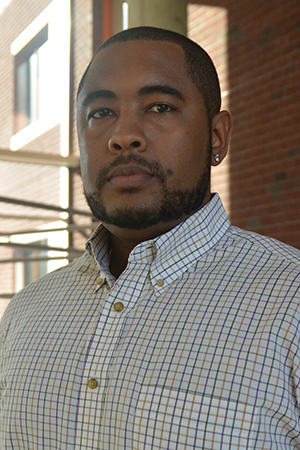 Stephen D. Alkins is a doctoral candidate in the Neuroscience Program with a concentration in Quantitative Biology at Brandeis University, and a 2016 Neuroscience Scholar Program Fellow through the Society for Neuroscience. He holds a Master of Science in Neuroscience from Brandeis University and a Bachelor of Science in Biology from Morehouse College. His research focuses on synaptic plasticity and neurodevelopment in Drosophila. Specifically, he investigates cellular and electrophysiological activity at the neuromuscular junction, which will build our knowledge of essential mechanisms required for synapse development, and the pathophysiological changes that result in such neurodegenerative and neuropsychiatric disorders as Parkinson’s, Huntington’s, Amyotrophic Lateral Sclerosis, Stroke, Alzheimer’s, and Epilepsy. Stephen is also a student leader, serving three years as President of the Brandeis Graduate Student Association, and on multiple university committees including (i) Provost’s Diversity, Equity, and Inclusion Steering Committee, (ii) Strategic Planning Committee, (iii) Task Force on Sustainability, (iv) Title IX Bystander Training Task Force, and more. Outside of his doctoral studies he serves as Director of Public Relations for the Greater Boston Morehouse College Alumni Association, an SAT/ACT academic tutor, and a Boston-Branch NAACP ACT-SO coordinator and mentor.   He also works as a S.T.E.A.M. coordinator, and learning specialist at Mass Bay Community College, where he connects students to biotechnology internships and 4-year academic programs. Socially he has participated and competed as a spoken-word poet, and conducts numerous writing and performance workshops around the New England area. Finally, Stephen will infuse his passion for science and art to leverage a career in political policy to bridge gaps between academic institutions and government, influence resource funding and applications for scientific research and education, and champion diversity within the sciences.