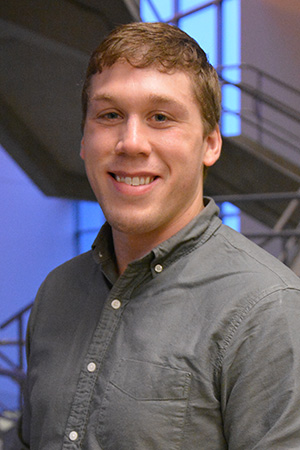 Daniel Reynolds is a Ph.D. candidate in the Biomedical Engineering Department at Boston University under the guidance of Prof. Muhammad Zaman. His research is focused on preventing deadly cancer metastases. To that end, he is developing a novel approach that utilizes biomaterials and biomechanics to combat tumor cell invasion, a critical step in tumor progression that precedes metastasis. While at Boston University, he has been supported by the National Science Foundation Graduate Research Fellowship as well as the NIH-funded BU training grant titled Translational Research in Biomaterials. He is also actively involved in Boston University’s BME Graduate Student Committee, and has organized professional development events for fellow graduate students each of the previous four years. Prior to entering the Ph.D. program at Boston University, he received his B.S. in Biomedical Engineering and a minor in Mechanical Engineering from the University of Rochester. While at the University of Rochester, he began his research career as an undergraduate researcher in Prof. Danielle Benoit’s laboratory developing novel biomaterials-based therapeutics.